A tribute to Don Grimes

It is with great sadness that we report the death of one of our most active and dedicated supporters, Don Grimes. 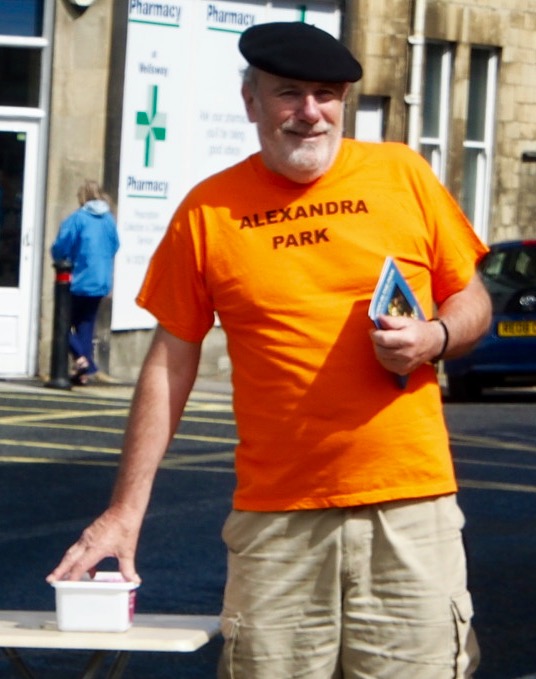 Don was involved with the park before the Alexandra Park Forum was officially set up, through his work to get the petanque pitch built. He joined the Forum at its start as representative for the Boules club, but quickly became a key member, stepping in to be the first treasurer when no one else would volunteer. It was his idea that we should run some sort of festival to celebrate the park and to get more people involved, and he volunteered to organise it. Back then, we had no money, so he quickly organised a fund-raiser so that we could contemplate a larger scale event. Thanks to his leadership, creativity, enthusiasm, wide range of contacts and ability to motivate people, the first Picnic in the Park happened in 2011. We thought that we would be lucky if a couple of hundred people came but due to the attractiveness of the programme, the publicity he organised and because the weather was fine, over 500 came, thoroughly enjoyed themselves and the event was an outstanding success. It put the Forum firmly on the local map and gave us funds to carry on a wider range of work. In the following years, he went on to organise two more very successful ‘Picnics’ and set the template that others have since taken on.

As well as organising outstanding events, Don played a full and active role in the running and development of the Forum and its latter incarnation as the Friends of Alexandra Park. Without his help, enthusiasm and boldness, the Forum would never have developed as quickly nor as successfully as it has. We owe him a huge debt. He will be greatly missed.

This entry was posted in News. Bookmark the permalink.