In March 2012, the B&NES parks department manager responsible for Alexandra Park reported that he had had a second approach from a company interested in the possibility of running a café in Alexandra Park and asked for the views of the Forum. At it’s meeting in April, the Forum volunteers committee decided that this was an issue that should be put to the whole community to determine. As this would take time, the chair wrote to inform the council that it would not be able to give it views till later in the summer.

In June, a questionnaire was distributed to over 2000 properties in the area surrounding the Park (annex A). The questionnaire was also put on the Alexandra Park web site together with an outline provided by the company interested in running a café of the sort of arrangements that they might propose (annex B) and details of the company web site. The distributed questionnaire did not include this information but referred people to the Forum’s web site for more information.

The questionnaire was also available at the Forum’s ‘Picnic-in the-Park’ on 1 July. This version included the additional information. 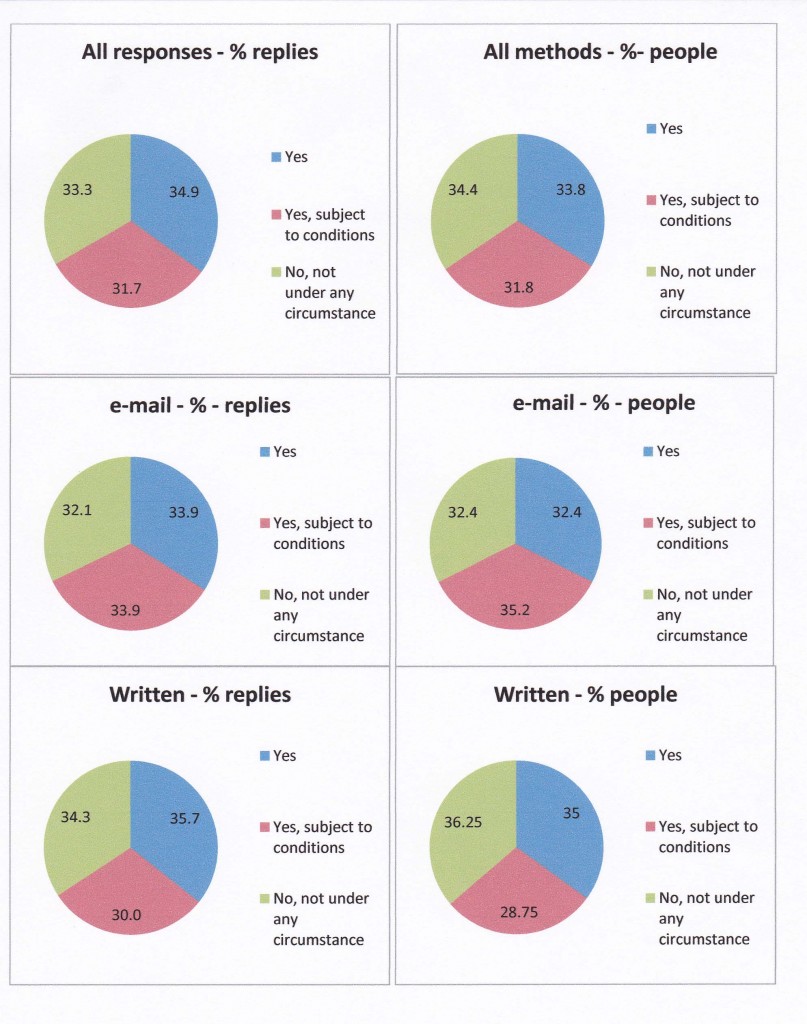 3.     Views of other entities that participate in the Forum

The Bowls Club are generally in favour of having a café in the park which may bring more people into the park and, they hope, provide them with the opportunity to interest visitors in the game of bowls and to recruit new members.

However, they have a number of concerns relating to the building used, electricity and water supplies, drainage and sewerage disposal, car parking, deliveries, proximity to green (noise) and products to be sold (smell).

The City of Bath Petanque Club would welcome the opportunity to have refreshments in the park.

The headmaster has concerns over boys being in the park to use the café (one probably shared by the teaching staff in general). Nevertheless, he would support the idea of refreshments being available to users of the area as there are obvious advantages in terms of enhancing the experience, provided that the school will not be called in to ‘police’ the area.

The representative reported that the people he canvassed were broadly positive, although one person was worried about litter and liked the park as it is; she felt a cafe would make it a less tranquil place.

The owner of the boot camp that operates in the Park is against a café even though she can see some benefit. She thinks that the park should be left as it.

Of those who voted –

A majority of the community that use or care about Alexandra Park are in favour of there being some form of a café in the park but only subject to the imposition of conditions  set out in paragraph 5 (d) above to ensure that it did not alter its character or disturb its tranquillity.

It was not determined whether there are different views among subsets of the community.

Apart from one, the other entities participating in the Forum are in favour, or not opposed to, the idea of a café in Alexandra Park.

This entry was posted in Friends. Bookmark the permalink.